Mokama is one of the important cities of Bihar and is located some 96 kms away from Patna city. The city has a pretty rich history which adds colour to its canvas. The city holes special place as it has seen movement of many revolutionaries during heydays of British Raj. Mokama enjoys good connectivity has obviously given it much needed advantage in local economy, though this advantage hasn’t been exploited to the fullest. Below is more detailed and refined information about important features of this city. 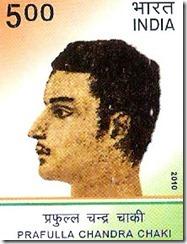 Mokama’s history may not date back to ancient era as such, but some of the anecdotes from its medieval era are really worth mentioning even today. The most prominent and interesting being historical events that actually helped this city to get the present day name ‘Mokama’. Mokama is derived from the word Mukam, which means ‘resting place’. This city was actually resting place for travelling armies during Mughal and even during British era. They preferred this city for resting probably because of its strategic location. But more importantly, their preference to rest in this city eventually helped it to get the name Mokama – largely driven by the word ‘Mukam’. It was here that young revolutionary, Prafulla Chaki (1888–1908), was shot. In his memory a SHAHEED GATE was built where every year people lay their floral tribute on his death anniversary.


Geography and Climate of Mokama

Mokama city is located on southern banks of River Ganga. In geographical sense, however, it is located between 25°23'23.28'North and 85°55'08.75'East. The city is home to immensely rich flora, most of which is located in Tal region. Tal region is in fact one of the biodiversity hotspots of Mokama city and therefore attracts decent number of local tourists round the year. Another local region that is also rich in flora, though comparatively less than Tal region, is Diara region. This region is located on northern side of river Ganga.

Mokama’s economy is mainly driven by agriculture, while industrial sector largely plays a subordinate role. Agricultural sector being the main driver and engine, city’s majority of labor force is obviously engaged in it. As for which are the main crops grown here, then Lentil, Chickpea, Mustard and Papya are some of the main crops grown here. Most of the industries operating in Mokama city are mainly small and medium scale industries, while large scale industries has a very marginal presence. Factories of McDowell's, Bata Shoes and Bharat Wagon and Engineering are some of the large scale units operating in Mokama city. 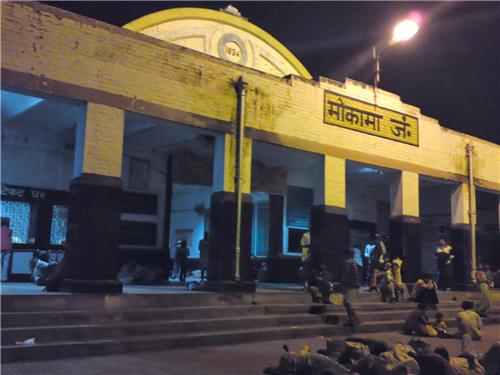 Mokama is very well connected with rest of India via railway as well as via road. Railway, however, assumes more importance for ordinary commuters of the city, as Mokama station happens to be one of the important junctions of Bihar state. Being an junction, it is well connected to all the important metropolitan cities of India. Owing to amazing connectivity it provides to rest of India, it is almost like a lifeline for Mokama’s ordinary citizens. As for road connectivity is concerned, then National Highway (NH) 82 and NH 31 pass through Mokama city. While NH 82 runs completely within Bihar state (connecting Mokama to important cities like Gaya and Biharsharif), NH 31 provides gateway to Northeastern states to many cities of Bihar state – including of course Mokama city. As for local transport is concerned here too auto rickshaws are the most popular and reliable local transportation. In fact it enjoys unchallenged monopoly, as there are no local bus services operating in the city.

‘Tal region’, located on southern bank of river Ganga is prime attraction of Mokama. This region is covered by immense lush greenery and therefore offers majestic view. To we human beings loving scenic view of nature comes naturally and hence anyone will in love with picturesque view of this region. This immensely picturesque region is located on southern bank of river Ganga and is spread over an area of 1,062 square kilometers. An interesting fact about this region is that during monsoon season it completely submerges in water and therefore transforms into a river. Hence if you want to enjoy lush green and picturesque ambience here, then you’ll obviously have to visit it during summer and winter seasons.


Society and Culture in Mokama

Although modern values and customs are slowly sweeping across Mokama city, but even today it largely remains conservative and traditional society. However just like in rest of India, values and customs followed by people of Mokama city are less about expression of their conservative attitude and more about reliving their rich cultural heritage. Magadhi language, which happens to be local language of the city is spoken in the region. It is actually dialect of Hindi language and is very similar to Bhojpuri and Maithili languages – other two prominent dialects spoken in Bihar state. Magadhi language evolved during ancient Magdha Empire and since then has been integral part of Bihar’s social culture. Another important cultural symbol of Mokama city is Chhath Puja, a weeklong festival dedicated for worshipping Sun God. Chhath Puja is actually the most prominent festival of Bihar and Jharkhand state and is even widely celebrated in Uttar Pradesh and Madhya Pradesh state.


Mokama at a glance

Comments / Discussion Board - About Mokama